Nice Ride's goal is to make a more livable, sustainable city by giving easy, affordable access to alternative modes of transportation. The problem is, old habits are stubborn adversaries. If you've spent your life in cars, it's hard to put distances, and destinations, into perspective. 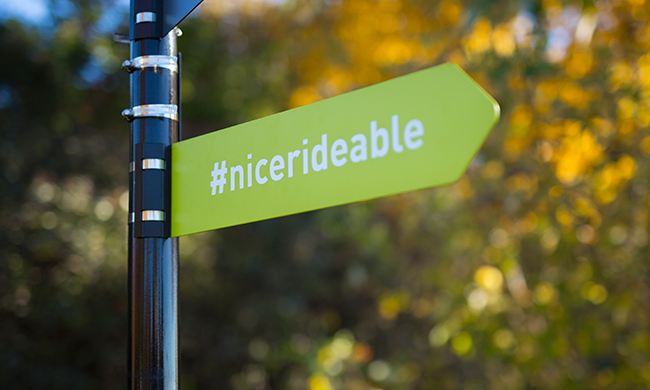 Building upon our previous work for Nice Ride, our #nicerideable campaign re-drew the mental map of Minneapolis and Saint Paul to put distances and destinations into the proper context - not in miles, but in the minutes it takes to get around by bicycle. 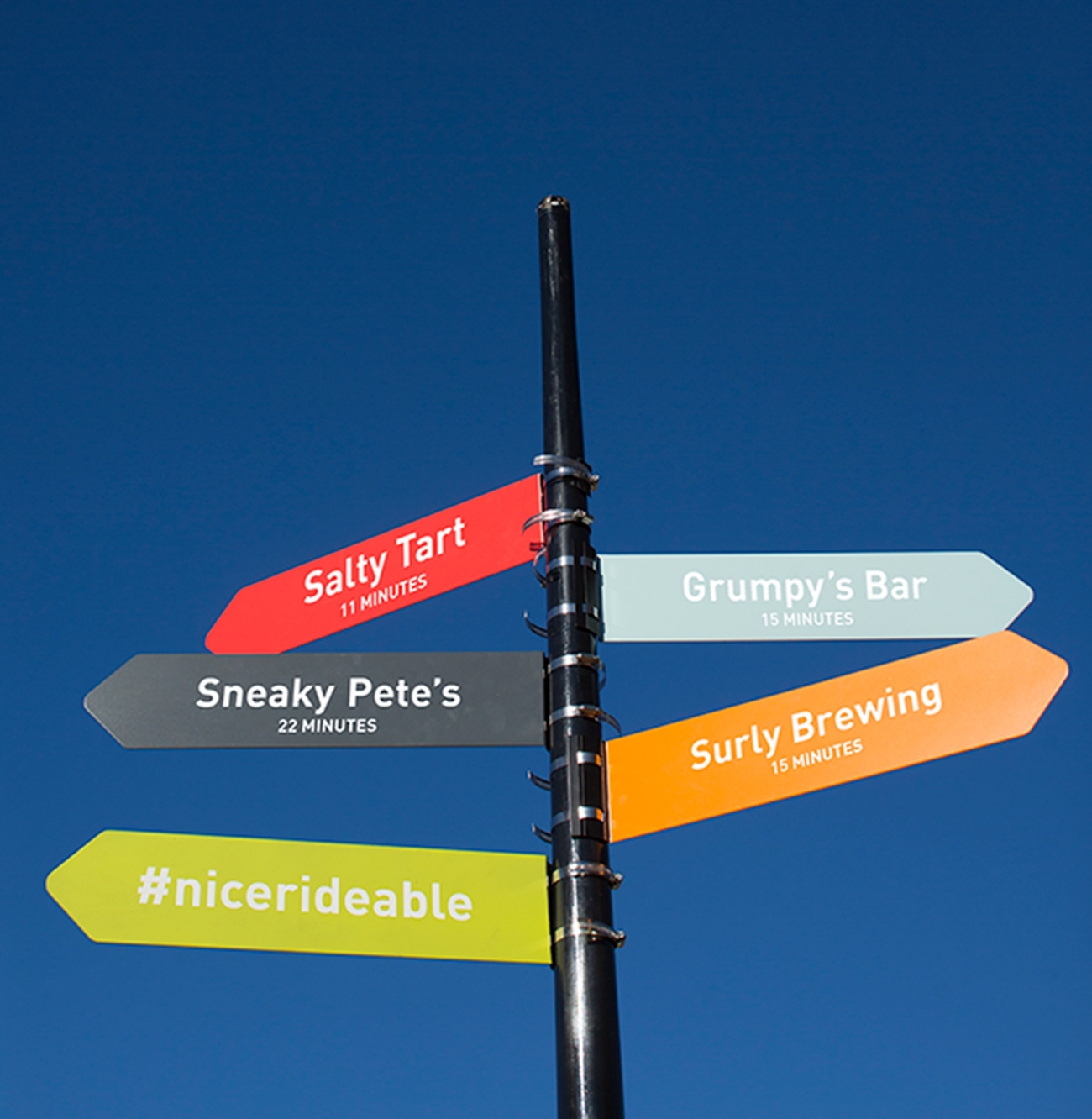 We used Nice Ride's own kiosks to add to the city's wayfinding system. Each grouping was customized to the specific kiosk location, and for an additional layer of fun, we gave each collection a hidden theme for riders to discover. 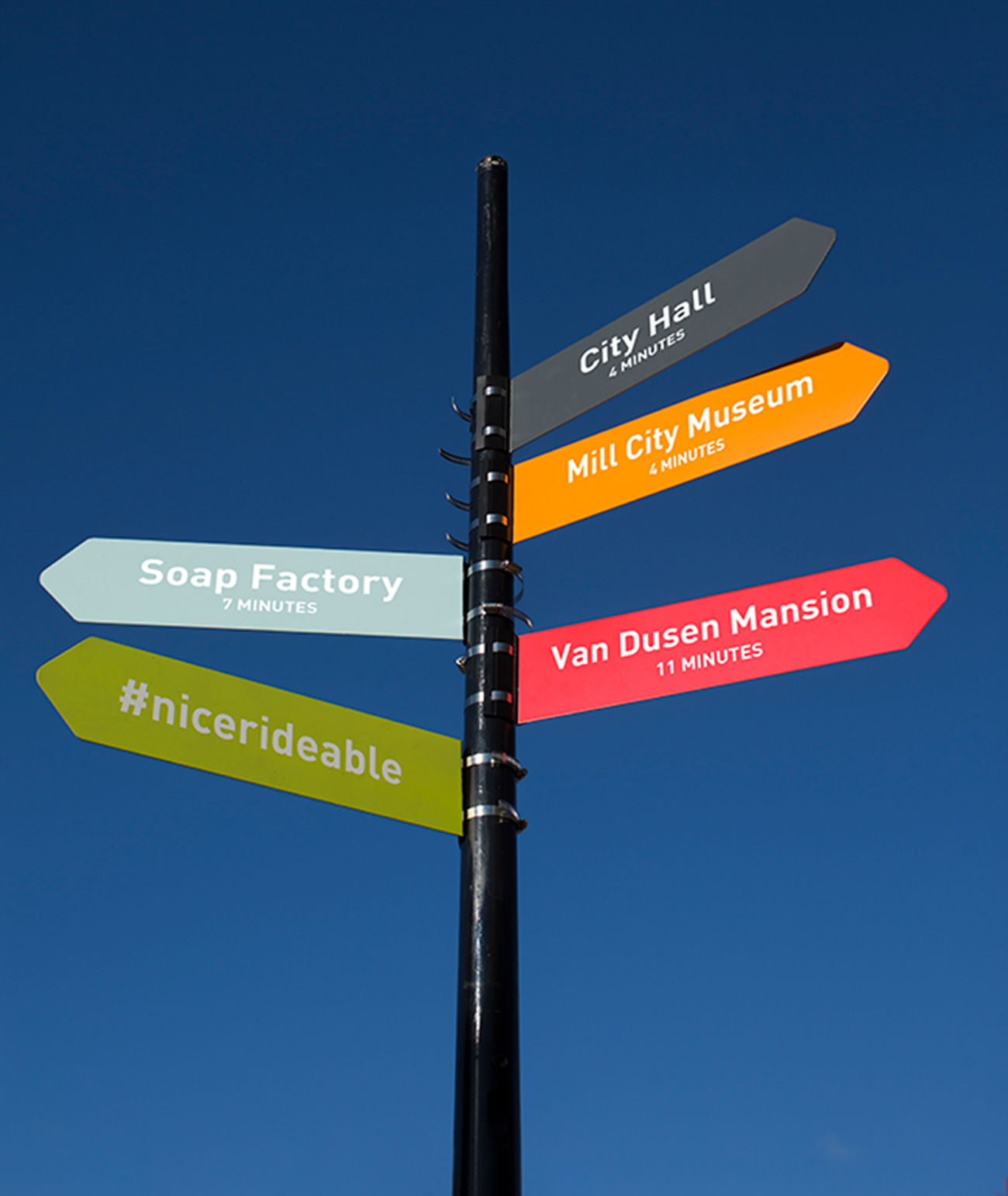 In all, there were thirty different themes, with everything from 'pizza' to 'colors' to 'shapes' to 'prohibition-era hang-outs'. But not all the themes were obvious. Some took more work and insider knowledge. For example, this set of wayfinding signs directed riders to various haunted locations around town. 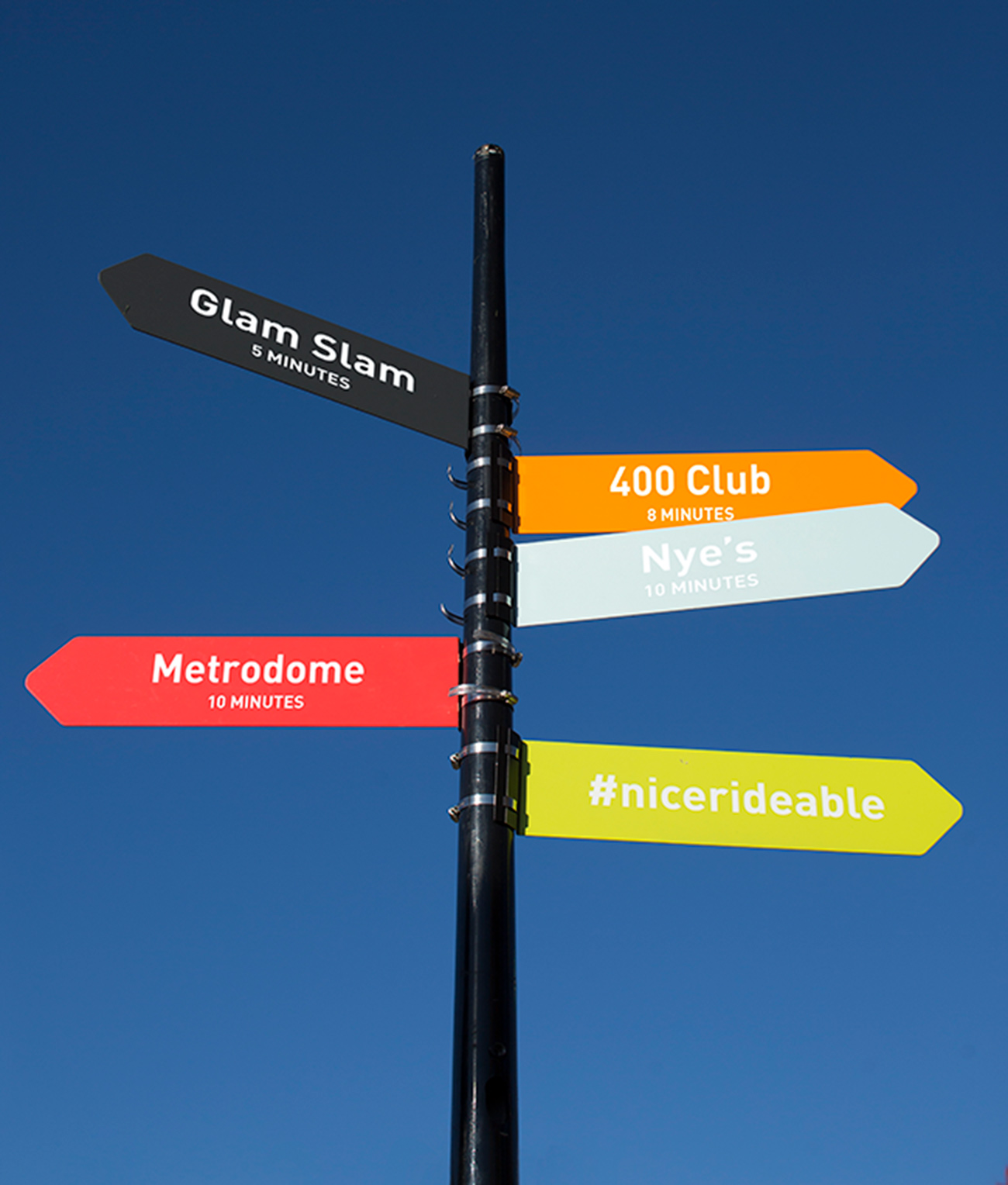 This one stumped a lot of people. (Hint: these are all famous Twin Cities landmarks that no longer exist.) 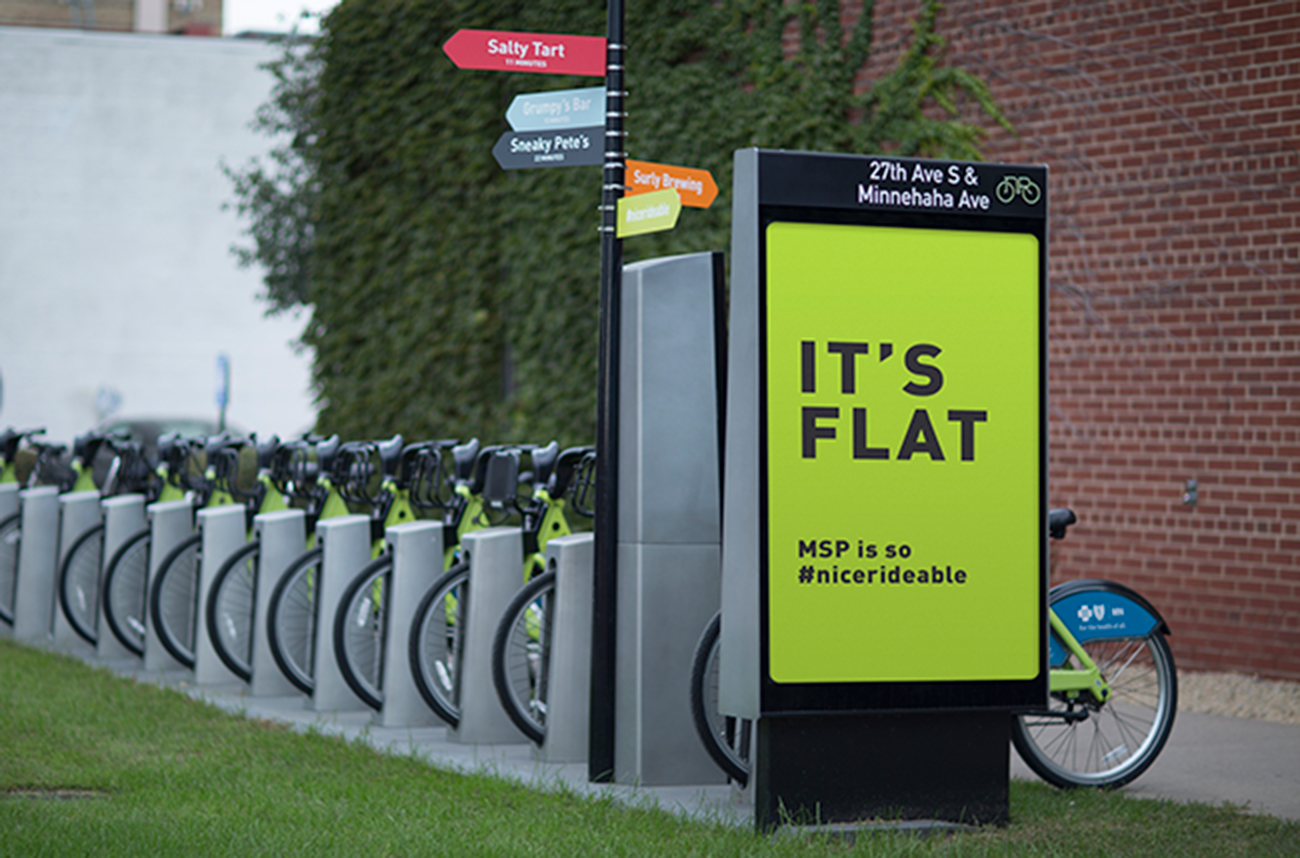 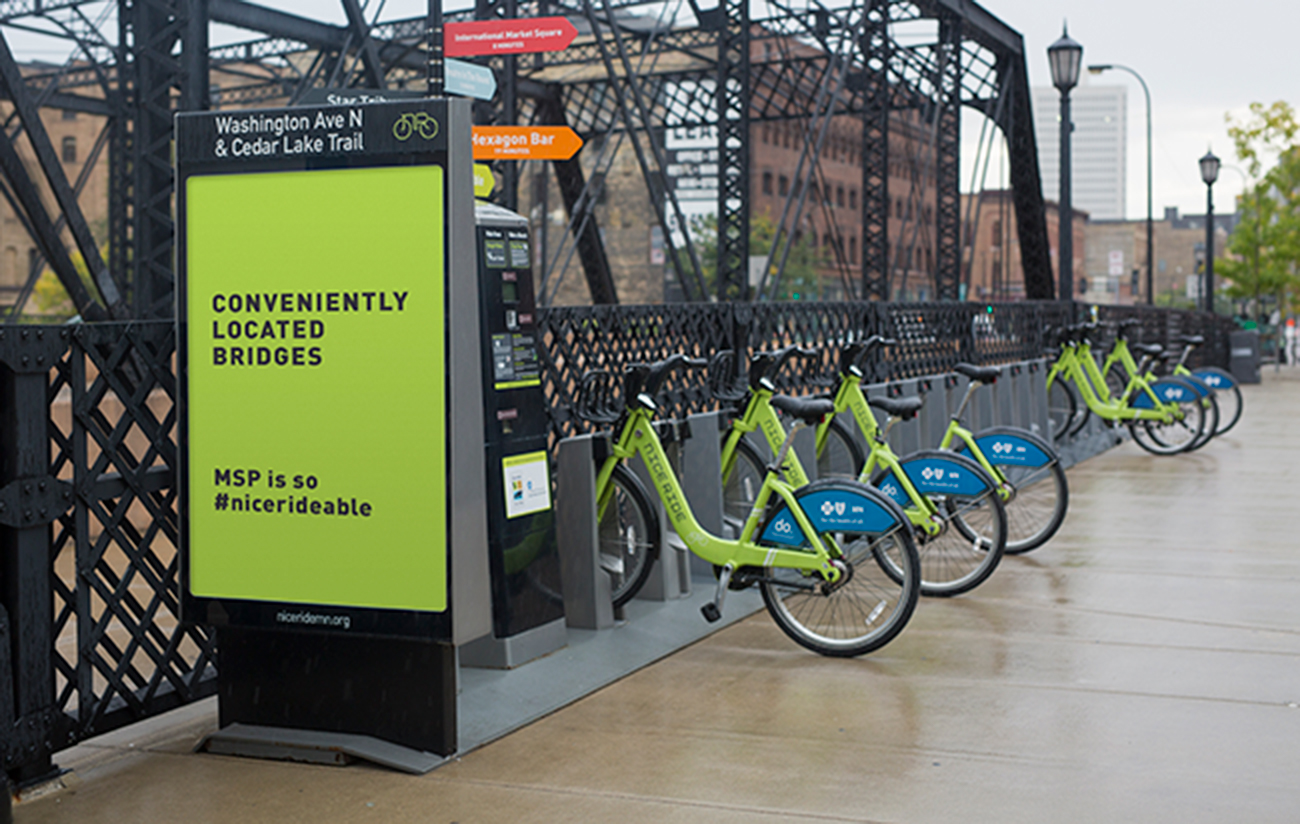 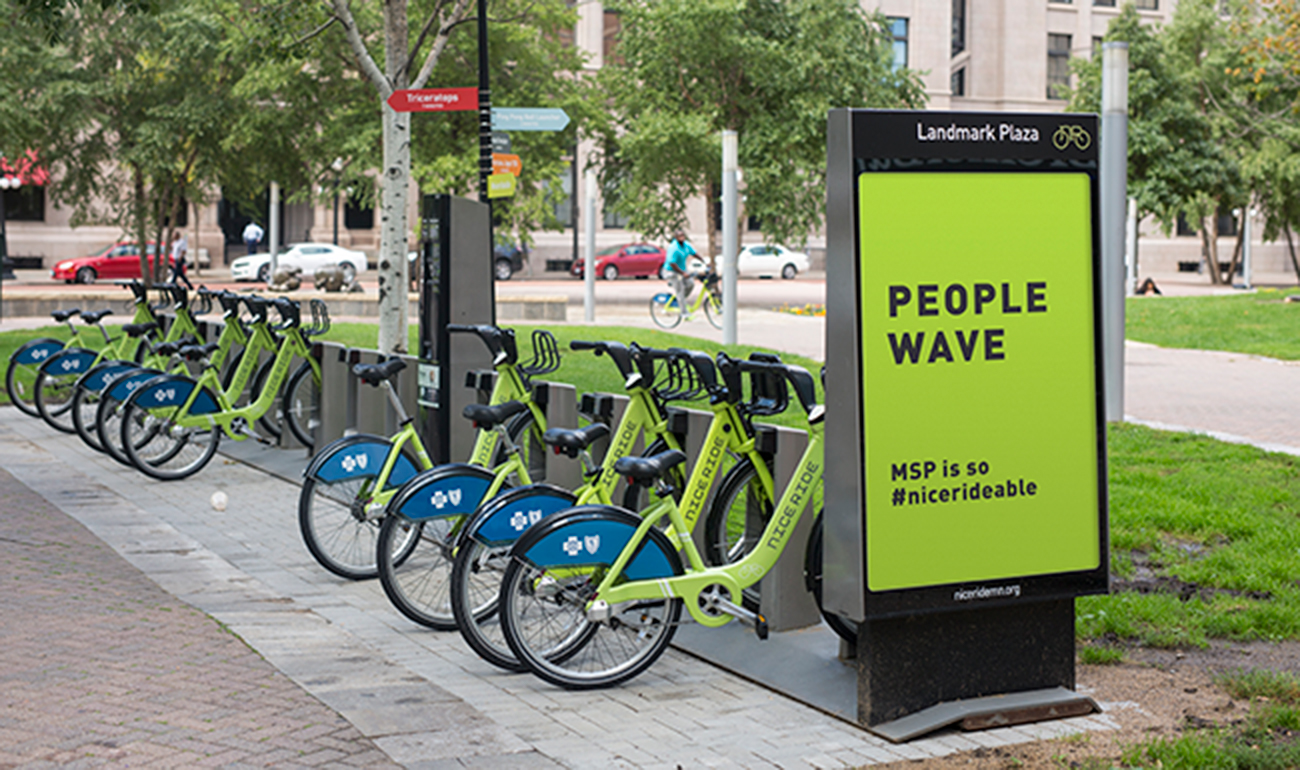 Of course, our city is not just nicerideable because of its size. We coupled the wayfinding signs with owned-media posters that pointed out other good reasons to leave the car at home. 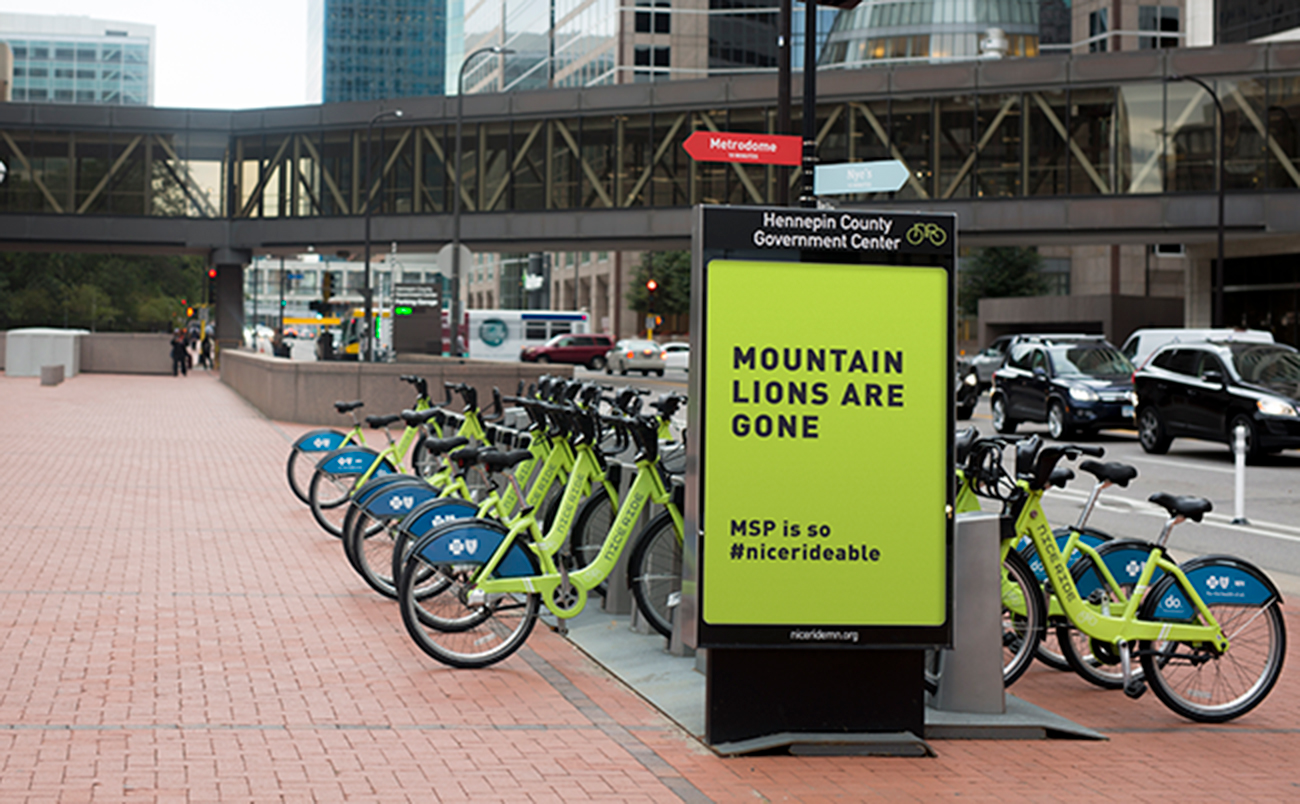 Not only is the area free of dangerous animals. Minneapolis Saint Paul was once again named the number one bike city in the US by BikingExpert.com, thanks in part to the efforts of the Nice Ride team and the ever-expanding population of citizens who leave their cars at home.