Nice Ride. Spiking ridership with the help of an enemy.

The bike share programs in Paris and London succeed because they solve traffic problems. For Minneapolis, no such congestion problem exists. Nice Ride was simply a nice alternative way to get around, with decent ridership numbers - not a strong position to be in when you have deeply invested sponsors and civic leaders to please. 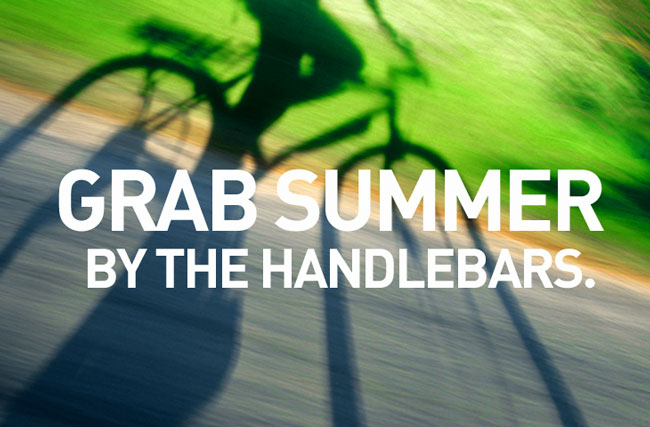 We identified a more emotional role for Nice Ride: as an antidote to long and severe Minnesota winters. By reframing Nice Ride as the best way to get the most out of our short, sweet northern summers, we created a more passionate engagement from the community.

Now in its third season, the "grab summer" idea has resulted in a 47% rise in subscriptions and an overall ridership increase of 26%. And Minneapolis, of all places, has been named "Best Biking City" in the US. 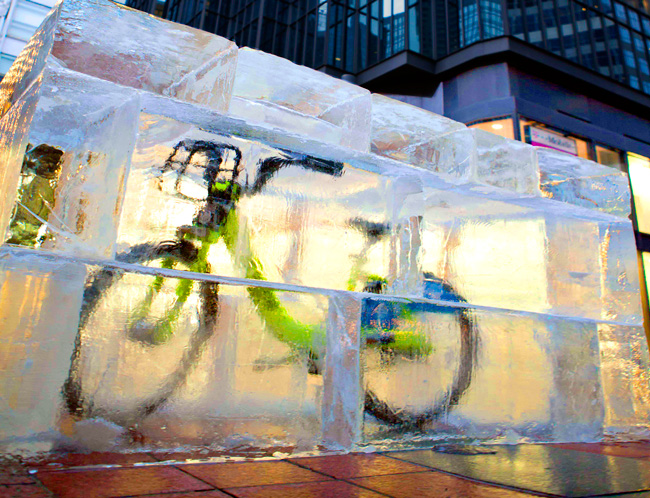 To dramatize the end of winter and the coming of riding season, we froze iconic green Nice Ride bikes in solid ice and left them to melt in high-traffic locations around town.

The stunts have led to millions of dollars worth of media coverage.

The harsh Minnesota winters have introduced North America to the term "Polar Vortex", which in turn provided Nice Ride with the perfect springboard for a cathartic launch of the new summer.

One of our missions is to get downtown workers and dwellers out and about during the week, bringing a little bit of summer to daily life. 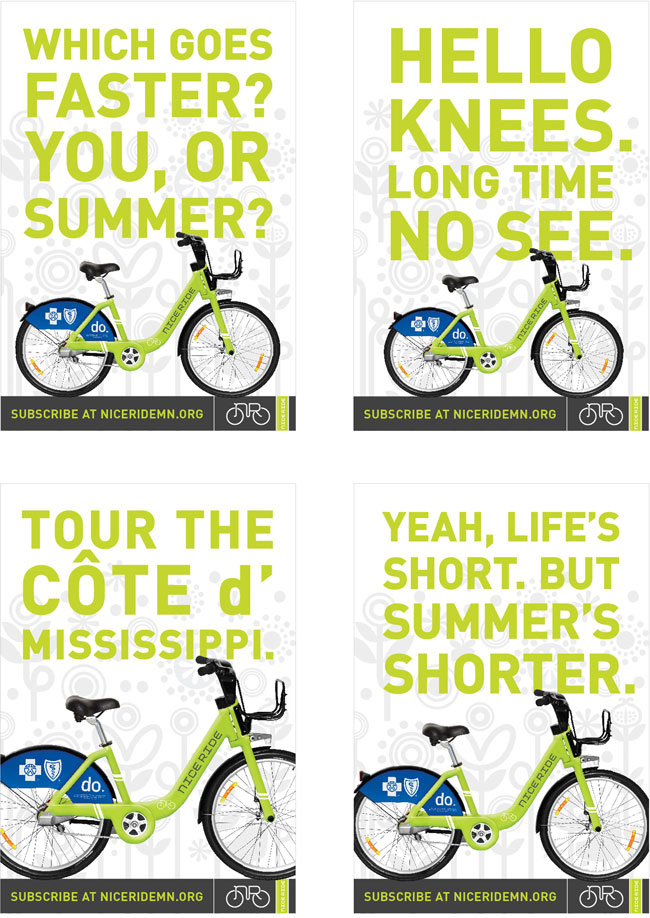 Posters encourage frostbitten citizens to get out there and thaw. 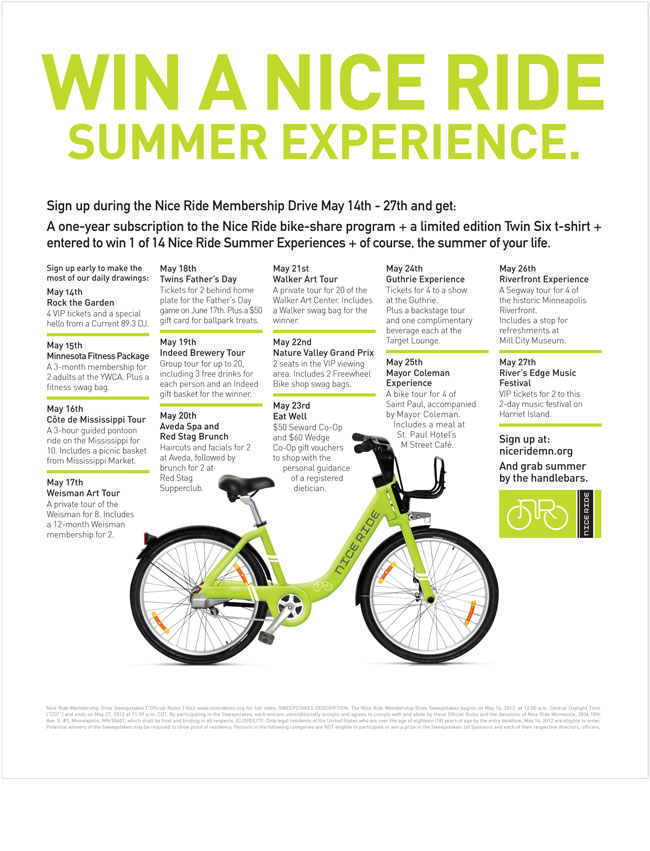 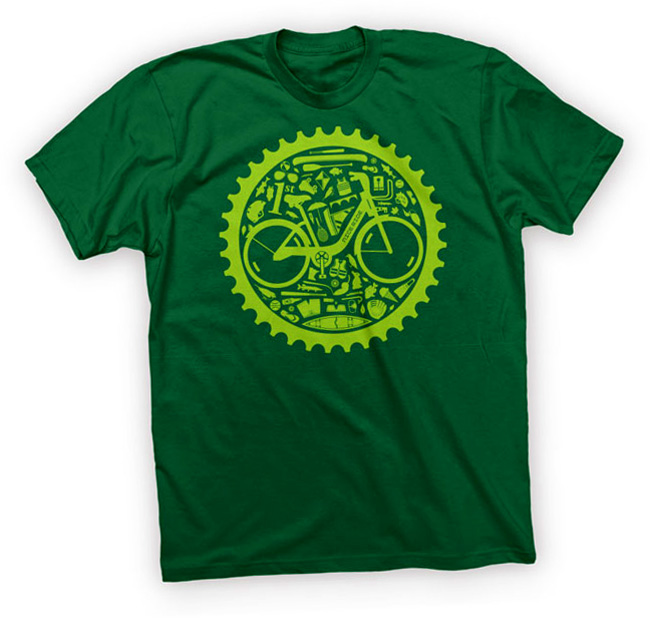 We worked with Duffy & Partners and TwinSix to create an exclusive Minnesota Summer t-shirt for renewing members.