Lowe's. Uncovering the idea that grew a juggernaut

Lowe's had grown through the early 2000's on the back of a housing boom and aggressive new store expansion. But, after the recession, and with stiff and unconventional competition, Lowe's had to differentiate with a better customer experience, not just low prices. To deliver, they needed to motivate and inspire their 260,000 employees. They had to answer the question of why those people come to work everyday. Why does Lowe's exist?

The Lowe’s purpose is not just a phrase, but an idea that rises from their core, informing every aspect of their business.

Unlike key competitors Home Depot and Amazon, Lowe’s started as a small, family-run business, serving the needs of a community. While Lowe’s became a run-away retail success story - deep in the heart of their business remained a connection to the role they play in customers’ lives.

The project entailed many months' work, stakeholder interviews, work sessions involving hundreds of Lowe’s employees, customers and business luminaries, and leadership from our friends at roundpeg and Little. But tthe strength of the idea is in its simple truth. 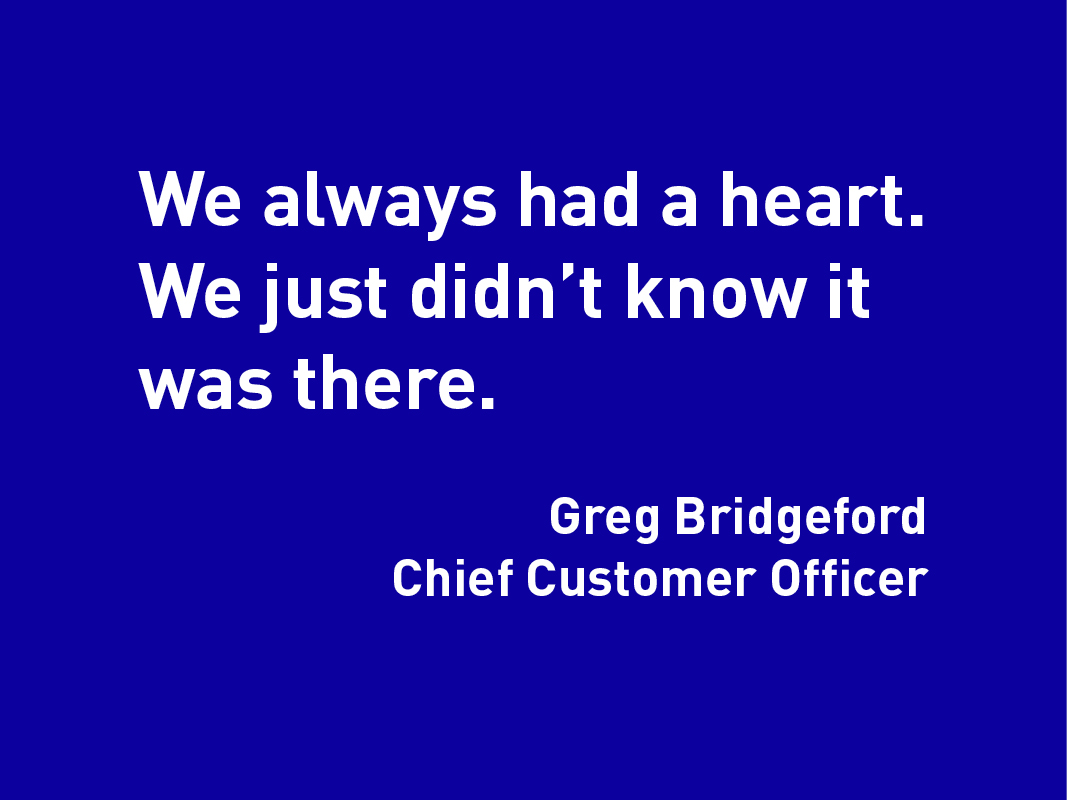 In 2017, Lowe’s entered Barron’s Top 20 Most Respected Companies ranking at 14. Their stock is trading at near life-time highs. And in October 2017 Lowe's entered the top ten of Forbe's "50 Most Engaged Companies."