Two decades of unfocused menu offerings and meandering brand management had seemingly doomed Burger King to be perennial also-ran to McDonald's. A new management team was brought in to position Burger King for eventual sale. 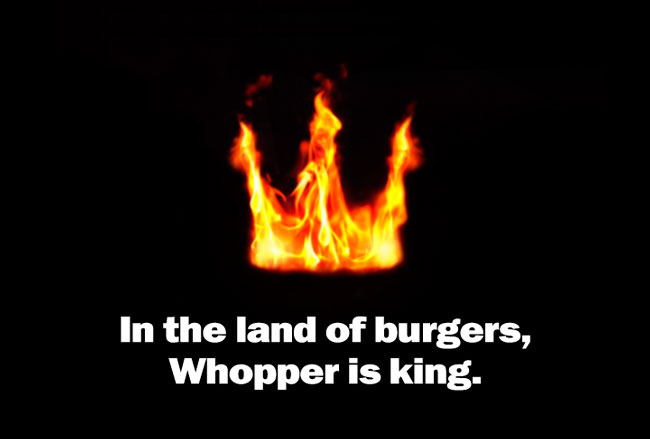 The one area Burger King dominated was where it mattered most - their flagship Whopper was consistently named by burger lovers as the best tasting burger of any national chain.

We turned that fact into a much-needed bragging point, giving the brand not just a solid selling point, but a newly confident personality.

As part of that revival, we introduced a new positioning line, a new advertising campaign, and new "flaming crown" iconography.

We created a rough-and-tumble off-screen persona, called, of course "The Whopper." He shared his views on life in a campaign of food-and-attitude "Whopperisms."